I have seen lots of scrappy projects floating around this year and after realizing how many itty bitty scraps I have collected due to Amanda Jean\’s inspiration, I decided that I needed to use them in more than just the traditional quilting ways. I wanted to write my friend a card and instead of pulling out one from the drawer that I already had, I decided to try using some scraps to spruce up a card and make it more personal.

I used fairly blank cards to begin with and then just cut scraps and placed them on the card, sewing them down with about 1/8 in seam allowance. This is very similar to tickertape, a technique I absolutely LOVE doing. 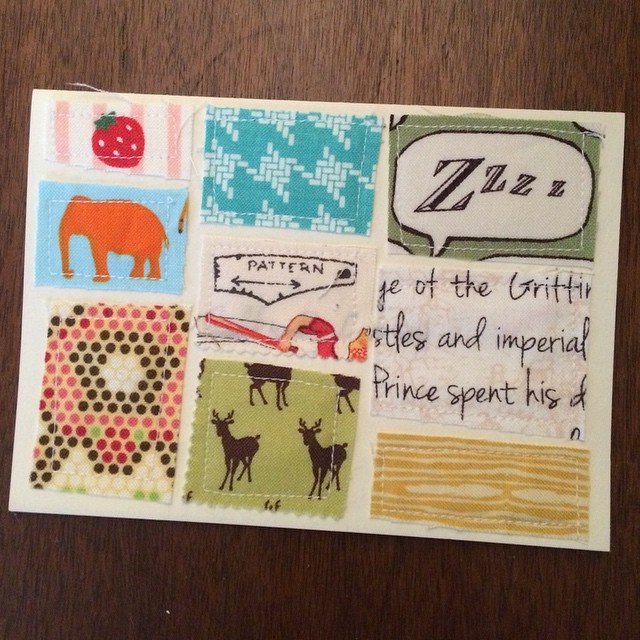 When picking fabrics, I tried to pick ones that were more graphic and/or allowed me to fussy cut to give more interest to the individual pieces. I was able to do 4 cards in less than an hour, pretty quick I would say for something that gives a much more personal touch than a pre-made card. 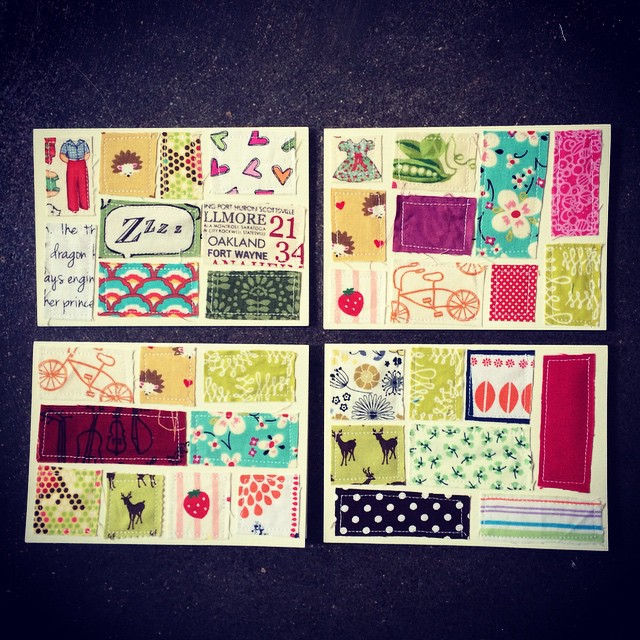 I definitely see much more of these in my future. Great use of scraps and fun to make and quick to complete on a day you need an easy finish or don\’t have enough time to make some progress on another project.